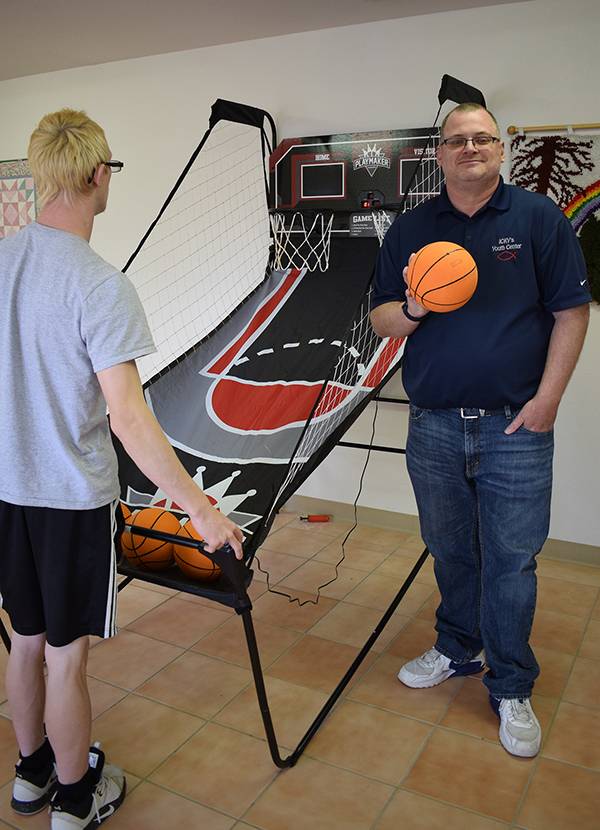 Opening of a youth center at the church of Belen: “A safe place where our children can go.

Belen — For Pastor Chuck Wyeth of Church of Christ in Belen, serving his community includes helping children with a youth center that recently opened.

Icky’s Youth Center, located at Church, 10 Golf Road, just north of Belen behind the old Donut King, is a free place for children in grades five through high school after school and on Saturdays .

Wyeth, who moved to Belen with his family almost a year ago to become a church pastor, came up with the idea for a youth center in Belen after asking people in the community what they needed.

“They all said a safe place for our children,” Wyeth said. “I came to our Spiritual Direction Council here and told them we had a 10,000 square foot building, basketball and volleyball court that was not being used. Why not use them?

That’s when he came up with the idea of ​​Icky’s Youth Center, a project that was started in Fort Dodge, Iowa, eight years ago by a group of community pastors who wanted a safe place for children. .

“I volunteered there for a year and a half and fell in love with it,” the pastor said. “It was a program that changed lives.”

With buy-in from the board and the pastor leading the project, they got to work and were able to obtain a 501-c3 (non-profit) designation on December 25.

“Christmas Eve we probably got our best Christmas present ever,” the pastor said.

It was then that Wyeth was able to start fundraising for the youth center. He visited many different companies, letting them know what he was planning and for whom.

“The church, of course, donated money, Mr. Noblin, with the funeral home, and Big Mike’s (Burgers and More) donates food every Tuesday and Thursday,” he said.

Wyeth said several other companies also donated money or supplies for the center. 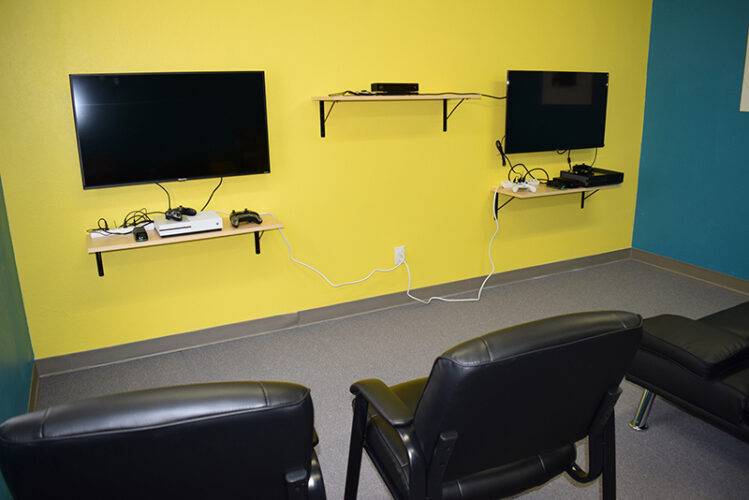 Claire Garcia | News-Bulletin photo There are two different video game systems at Icky’s Youth Center, located in the Church of Christ in Belen.

The youth center, Wyeth said, is a place where children can go, feel safe and make friends.

“Icky’s is part of the solution – that’s our motto,” he said. “Our mission statement is: ‘We are changing the world, one child at a time.’

The Icky Youth Center offers a variety of activities, from foosball to arcade basketball mats, from video games to inflatable billiards and crafts to volleyball.

Each child will be offered a snack and a bottle of water, but they can also buy other snacks for a minimal cost, which will go back to the center.

“When they’re done with their free time, whether they’re doing homework or playing a game, we’ll do a short 15-minute (devotional) devotion, which will be on something like anti-bullying, reinforcing positive,” he said. “There will be a scriptural reference to that.”

Children will also be able to participate in what are called minute-to-win games, which Wyeth says when they take household items and challenge participants to be the first to complete a challenge or see how many times they can complete a task in a minute.

“The great thing is that our volunteers can bring their own kids, but right now my family (wife, Linda, and kids, Bryce, Brad, and Sierra) are the main base, and our board of directors will volunteer,” Wyeth said. “And we do background checks on all of our volunteers.”

Wyeth said that although the center has been open for a few weeks, attendance has been low and admits it has been a bit difficult to get the word out to the community.

“For something like this, it’s going to take a while to get going,” Wyeth said. “I spoke to a lot of people – people in schools – and we handed out flyers to several elementary schools.”

Wyeth says the Icky Youth Center aims to have a safe and fun place for children and for young people who may not be connected to another social environment.