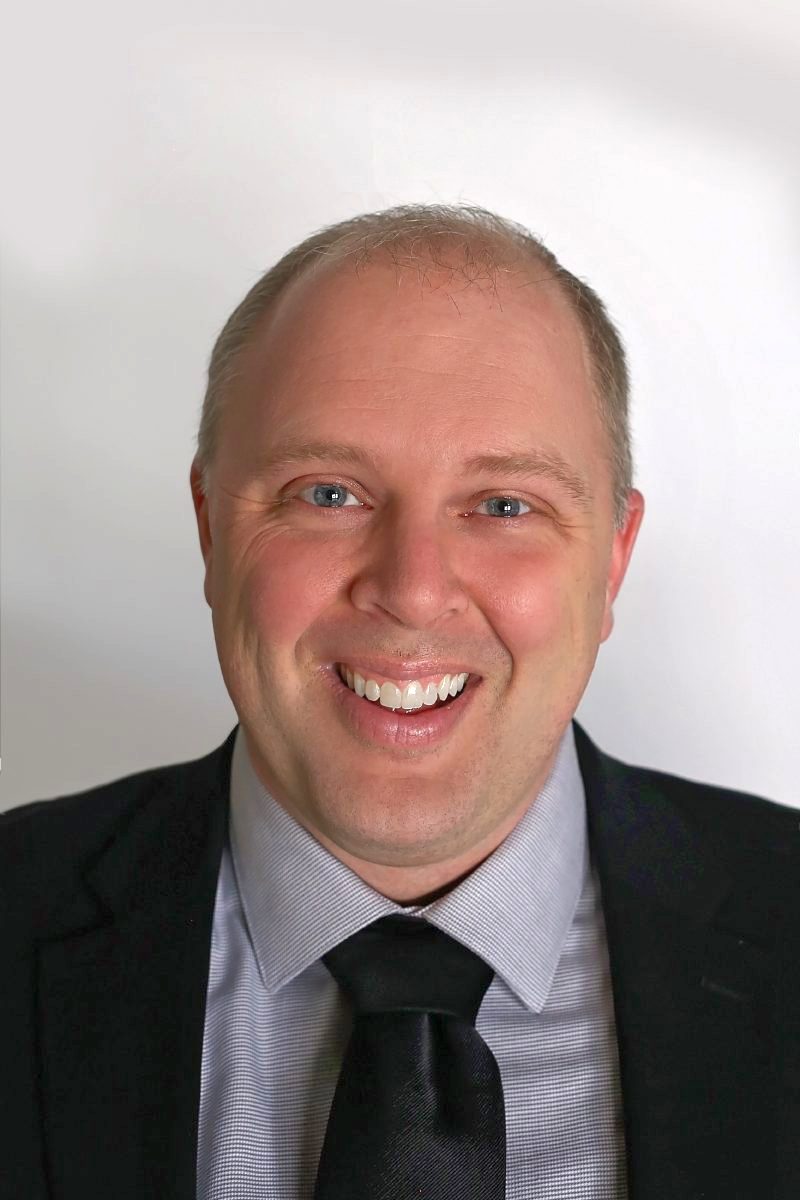 A church mourns its young pastor after he died a hero, giving his life to save members of his youth group August 5 in the Columbia River.

Andrew Inskeep, 44, youth pastor at Ridgefield Church of the Nazarene in Ridgefield, Wash., was with 15 teens and six youth sponsors at the Marina Beach Sandbar when a fun night turned tragic.

“We had planned to find a swimming area just to splash around for 15 minutes and have fun because it was too hot,” said Amber Langeliers, a young godmother who was traveling with her daughter, a student. “We were exploring the area and found a huge sandbar where the water was only knee deep. There was no movement in the water. It may be windy and cause waves, but it was still on top back then.

The area where the Hood River meets the Columbia River is a well-known tourist attraction that draws people to the area for water activities. Many people use the area for kite surfing, Langeliers said.

“I spoke to (adults in the area) about safety and the best place to splash around,” she said. “Andy and I talked and thought it was best to have them near the sandbar deck, away from kite surfers, as kite surfers can move so quickly on the way down.”

After helping the group settle in, Langeliers returned to the group’s rental house to prepare dinner.

Inskeep, who served as youth minister from 2003 to 2009 at the Church of the Nazarene in Brownstown, and two other youth workers remained with the group.

Piecing together what happened to the youngsters during the trip, Langeliers said the group went out on the sandbar. The students were locked in on purpose by the staff.

Shortly after, one of the students stepped on what she called a sand shelf.

“The more kids started to come down, and the more movement there was, the more the shelf started to give way under their feet,” she said. “Some of the kids were able to self-correct and get to safety, but four were struggling.”

As the shelf gave way, the students began to be dragged underwater by a strong undertow. Inskeep ran into the water, followed closely by Shaun Martin, a young volunteer. The men started working to get the students to safety.

“Shaun was able to put two of the kids on the sand right away,” Langeliers said. “He and Andy went back to get the other students. As the rescue efforts intensified, the students began to help each other, some pulling others further out of deep water and others preventing them from getting back into the water to help.

“Aid could not be deployed quickly enough,” Langeliers said. “The area was so big and even shouting didn’t help. No one could hear them.

It was then that a student was able to attract the attention of a windsurfer. The man, who Langeliers said was called Talon Jesson, went first to Inskeep, who told him to move on to another student who was quickly going underwater. The windsurfer managed to pull the student out of the water and that student was helped to safety by someone in a boat.

With the surf working against him, he was able to reach Raley, putting him on his back, wrapping his arms around the boy’s chest and arms. He then began working against the grain to get the boy to safety, said Jim Raley, Brandan’s father.

With the water rushing in his face and the surf pulling him below the surface of the water, Martin picked up Raley and placed the boy on his back to try and keep him above the water and out of the surf. . While doing so, he noticed that Raley was not breathing. Almost immediately, the boy’s body became inert.

“Shaun started going underwater himself, then pushed Brandan into the air, hoping the force would help him start breathing. Shaun was drowning and starting to pass out. He clung to Brandan as long as he could,” Jim said.

“He let go of Brandan unintentionally because he was drowning,” said Kris Raley, Brandan’s mother. “We know he did the best he could.”

Shortly before 7 p.m., Drew Goode, a youth sponsor of the group, called 911 reporting five to six people in distress outside the sandbar. When Hood River County Sheriff’s Office deputies arrived, two members of the group were missing, Inskeep and Brandan.

“They got caught up in the current so quickly and he was trying to drag them down like a weight,” said Langeliers, who returned to the scene shortly after 7 p.m. “My daughter called me and I rushed to the beach.”

When Langeliers arrived at the beach, she and youth sponsor Trish Martin rounded up the students and moved them to a dry area on the sand. She then walked towards Martin who was coming out of the water.

“He was in shock. I looked at Shaun and it was like he had a look of despair. I just knew then that it was Andy and Brandan,” she said. “I knew it was going to be a cover at that point. Too much time had passed.

As the students waited for answers, strangers began to come and pray with them and offer comfort, just sit with them in silence as they cried, Langeliers shared.

“People came out of nowhere and were praying and helping the children. The sheriff’s office and rescue workers were praying with us,” she said. “Two local teenagers, Faith and Chad, ran for help and then helped the children. All (the students) were so calm and strong. They rose to the occasion and God showed up.

“Each person perfectly played their part to the best of their abilities,” Goode said. “And what can only be the work of God, each was placed where he could play to his strengths.”

About 45 minutes after the initial 911 call, an individual on the Washington side of the Columbia River reported that someone appeared to be floating near the mouth of the White Salmon River.

Brandan’s body was pulled from the water and rescue efforts administered. He was pronounced dead at Providence Hood River Memorial Hospital, according to the sheriff’s office.

Inskeep’s body was found around 6:30 p.m. Aug. 6, according to the Skamania County Sheriff’s Office. Boaters located his body more than 9 miles from where he had been in the water.

In the days following the accident, the church in Ridgefield, the youth and family and friends of Inskeep and Raley not only mourned their loss, they celebrated their lives. Shortly after returning home, a student from the church’s youth group shared John 15:13 on the group’s Facebook page. It reads: “There is no greater love than to lay down your life for a friend. »

“Andy was on hand to get to safety, but he tried to save a student,” Langeliers said. “He was the most amazing man, and I’m so lucky to have known him.”

That Inskeep puts the lives of others before his own comes as no surprise to Raley’s parents.

“(Brandan) and Andy were so similar. They both worked to connect with people, and they did it as a ministry,” Jim said. “They both lived to improve the lives of others. My son was a wonderful child. He was empathetic and he was in touch with his family, his church and strangers. If he met you, within two hours, you were his buddy.

Inskeep’s wife Maria said her husband was a man who made people feel important.

“Andy loved people and he loved building relationships. He would do whatever was necessary to connect with people,” she said. “He would learn card games, take an interest in different sports just so he could connect with his students and others. Relationships mattered to him. People mattered to Andy.

Brandan would have celebrated his 12th birthday on August 11.

Maria said she is at peace with what happened.

“Andy died doing what he loved most, teaching teenagers Jesus and saving them, spiritually and physically,” she said.

“If I had to relive that just so one more person could experience the kingdom of heaven, I would,” she said the day after her husband died. “That’s what he would want.”

A true friend, man of God and spiritual leader, Inskeep lived his life to lead students into a relationship with Jesus, a relationship where they would experience Christ’s love, grace and mercy, said his wife.

“He died demonstrating firsthand what it means to lay down your life for a friend,” she said. “Inskeep’s legacy will be that he lived as Christ to the very end.”

A memorial service for Andrew Inskeep will be held at 2:30 p.m. Saturday at the Wabash Friends Church in Wabash.

Andrew Inskeep was a 1994 graduate of Lakeview Christian School in Marion and received a Bachelor of Arts in Religion from Regent University in Virginia Beach, Virginia. He received his master’s degree in ministry from Olivet Nazarene University in Bourbonnais, Illinois, and his master’s degree in theology from Nazarene Theological Seminary in Kansas City, Missouri. He married Maria Swinger in Wabash on March 1, 2003.

Andrew’s family is requesting memorials be donated to the Andrew J. Inskeep Memorial Scholarship Fund through Ridgefield Church of the Nazarene, 747 Pioneer St., Ridgefield, WA 98642 or at pushpay.com/g/ridgenaz?src =hpp.

A fund has also been set up to help Brandan Raley’s family financially. Donations can be sent in the family’s name to Woodland Christian Church or through a GoFundMe page at gf.me/u/ynjry2.

A former youth minister sentenced for assaulting his wife | News