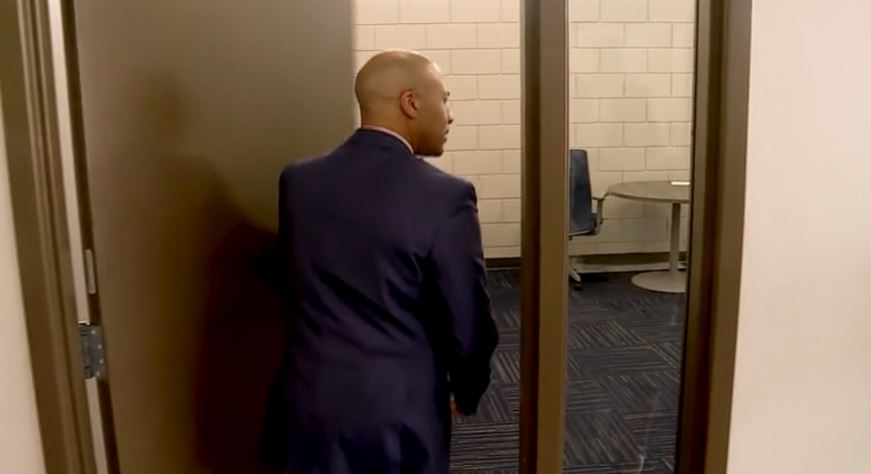 He says more needs to be done to put young people on the right track. That’s why Harris and her team opened a Youth and Family Resource Center for 13-17 year olds in the old Raleigh Library.

“We took this property late last summer and started to transform it into what you see today,” said Cedrick Gray, county director of education and opportunities and one of the brains behind the center.

“Almost like a lighthouse on top of a hill, isn’t it? A place to go that’s a new option where you can literally get support,” he said.

Support will be specific to the adolescent and could include behavioral health treatment, trauma counseling, or services that address underlying issues at home.

“It could be anything from rent and utility assistance to job training to mentorship programs,” he said.

Gray told us the building was ready to go. The rooms are set up and from next week they will start accepting self-referrals, which means the teenager or the teenager’s family can sign up voluntarily.

“They would make an appointment to see us, and then we would screen them and assess them and come up with a behavioral plan,” he said.

They are also working to train Memphis police officers to identify teens who would benefit from the center. They will start with agents in the Raleigh and Hickory Hill precincts.

Basically, officers will take a closer look at teens who get in trouble for these offenses.

“Maybe the police officer says what you’re doing is serious, but not so serious that maybe we can find a way to keep you out of trouble,” Gray said.

The teenager would then have the option of getting help at the center instead of going to juvenile court.

Data shows that last year there was a slight decrease in the number of minors charged with serious crimes such as murder, robbery, aggravated assault and carjacking.

But above all, it helps the community and the young people.

“The goal is like everything is to get to the root causes of crime and to make sure those who need help get the help they need,” Harris said.

You can register for self-referral at ShelbyYouthAndFamilyResourceCenter.com or by calling 901-222-4320.